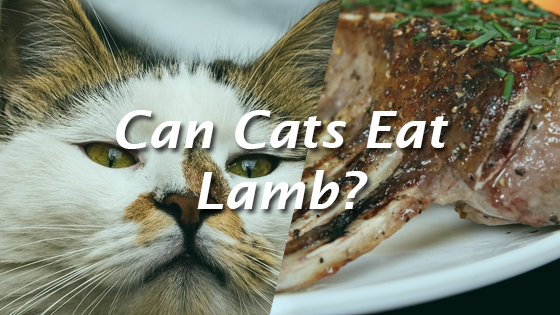 Can Cats Have Lamb?

Though we do not exactly picture our housecats as fierce predators—we would much rather find ourselves surrounded by a pack of calicos than a pride of lions—most of us are aware that our kitties are meat-eaters. Many pet parents have stories of their cats showing up at the back door with a dead bird or a grievously injured mouse. The U.S. Fish and Wildlife service has estimated that the same fuzzy, sweet-faced kitty cats who star in our greatest memes kill upwards of ten billion small animals every single year in the United States! For such cute little animals, they sure do have an appetite for flesh.

While many pet parents let their cats live on kibble without a second thought, some seek out ways to make their cats’ diets more accurately reflect what their bodies evolved to consume. Your cat’s wild cousins do not live on star-shaped, tuna-flavored kibble bits, after all! For these pet parents, the Internet is full of information on constructing whole food diets for cats. Much of it, however, is conflicting—some people recommend supplementing with cooked chicken, while others praise raw beef or fish. Some sources even suggest feeding cats lamb. Lamb is often a popular meat option among people who are interested in choosing the healthiest meats available to them, but is it great for our cats, too? Can cats have lamb?

Yes, cats can eat lamb in moderation.  As obligate carnivores, our feline friends are perfectly equipped to consume fresh meat on a regular basis, and lamb is generally considered a safe option—especially for pets who have food allergies. Since two of the most common food allergies in cats are seafood and beef, lamb can be a good choice for pet parents who want to supplement their cats’ diets with fresh meat. Just make sure that the lamb you give your cat is fresh, fully cooked, and used only as a supplement. Without the careful guidance of a veterinarian, it is not a good idea to try to put together a whole food diet for your pets. All-meat diets prepared by humans often lead to nutritional deficiencies. 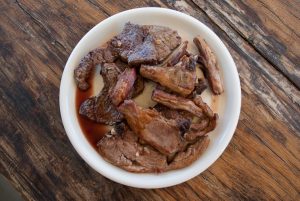 The product sold as ‘lamb’ is the flesh of a sheep who was killed before they reached one year old. It is similar in nutrition to mutton and hogget (which come from older sheep). Lamb is rich in all of the essential amino acids your cat needs to thrive, with a single ounce of lamb’s meat containing nearly seven grams of animal protein. This meat also contains large amounts of riboflavin, Vitamin B12, and niacin.

Vitamin B12 is a crucial part of overall health for many animals, including cats. Along with folate, it plays an important role in synthesizing both DNA and RNA within body cells. B12 is also important for brain and nervous system health. Cats who do not get enough Vitamin B12 an develop symptoms like extreme fatigue, loss of appetite, depression, and anemia. Lamb definitely should not be used to treat a Vitamin B12 deficiency—in many cases, B12 deficiencies are the result of malabsorption—but it can provide a healthy boost if your vet is looking to maximize your cat’s B12 intake.

Zinc, which lamb contains a high amount of, aids in wound healing and immune health. Another mineral found in lamb, iron, is necessary for transporting oxygen throughout the body. Iron deficiency is what leads to anemia, which can cause fatigue, depression, muscle weakness, and poor circulation. Like B12 deficiency, iron deficiency anemia should be treated by a veterinarian—any time your cat shows symptoms of any illness, you should consult a vet before trying to treat it with dietary changes!

There are definitely some drawbacks to lamb. Though cats are obligate carnivores who are equipped to deal with fat and cholesterol in the diet, lamb is much fattier than many other meat options—a single ounce of lamb’s meat has almost three grams of saturated fat! With all that fat comes a ton of calories, which means that portion control is a crucial part of giving this food to your cat. If you don’t give your cat small portions and diligently trim away excess fat, you may end up with an overweight or obese cat.

Feline obesity is no joke, and roughly half of all domesticated cats are overweight or obese! Carrying around too much body fat can cause serious harm to the whole body, including joints and internal organs. Too much fat can contribute to insulin resistance, diabetes, osteoarthritis, and even liver disease. Fat cats often become depressed and lose the will to exercise, which can contribute to further overeating. If decreasing your cat’s quality of life was not bad enough, feline obesity can also decrease lifespan by well over a year. If you’re looking to help your cat lose weight, lamb probably isn’t the food to give them.

If your cat is at a healthy weight and you want to give them lamb, you must cook it first. While it is true that our cats’ ancestors were obligate carnivores who devoured the bodies of their prey whole and raw, that does not necessarily mean that they are immune to foodborne illness! Farmed meats, including lamb, are often contaminated with pathogens like E. Coli, salmonella, and listeria, which can all cause serious illness.

The only way to kill these pathogens is to make sure that all the lamb you feed your cat is heated to an internal temperature of at least 145 degrees Fahrenheit. Your cat is not immune to foodborne illness, and washing or freezing raw lamb flesh is not enough to get rid of all the pathogens that can make them sick. Avoid seasonings, but do cook all meat you feed your cat.

In conclusion, lamb is safe for healthy cats who do not need to lose weight. It is rich in protein, Vitamin B12, and several of the minerals that feline bodies need to thrive.  Even so, it is important that we as pet parents are mindful of its high calorie and saturated fat content. Too much of this food is a recipe for weight gain!

9222 Views 3 Views
Tagged in:can cats eat lamb, can cats have lamb, can I give my cat lamb