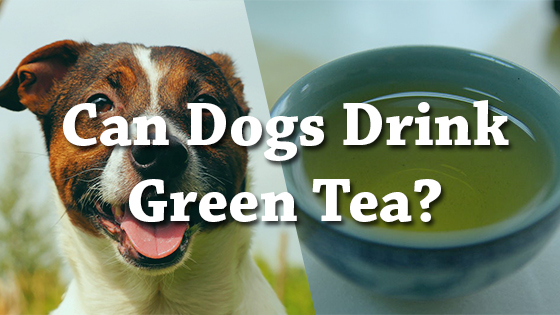 Can I Give My Dog Green Tea?

Green tea is often touted as the healthy man’s response to a country in love with sugary, energizing coffee-based beverages. Many people switch to green tea because it is higher in antioxidants and lower in caffeine than coffee and black tea. But is this healthy beverage one that we can share with our canine companions? Can dogs have green tea?Back in the day, people tended to stick with one of five (non-alcoholic) beverages: water, milk, orange juice, soda, or coffee. Today, however, we are more concerned with health and nutrition than ever, and our beverage choices have exploded to reflect the wide variety of nutritional philosophies we may choose from. Health-conscious folks can select a vast array of cold pressed juices, kombucha beverages, electrolyte waters, and specially formulated sports drinks. But perhaps the most popular healthy drink in the modern era is far more humble: green tea.

The answer largely depends on the tea that you want to give your dog. If the green tea in question contains any caffeine whatsoever, the answer is no: your dog should never consume caffeine if you can avoid it. If you buy unflavored, decaffeinated green tea, however, it is considered safe to share with your dog. Caffeine aside, there is nothing in green tea that is thought to be in any way toxic to canines. In fact, there is some evidence that the polyphenols found in green tea may actually benefit their health.

So, what are the benefits of giving Fido the occasional cup of decaffeinated green tea? For the most part, they are the same benefits that we get from drinking green tea. This beverage is high in polyphenols, which are antioxidant, anti-inflammatory chemicals that may lower your dog’s risk of developing a wide variety of illnesses, including many types of cancer. Also on the list of diseases green tea may prevent are heart disease, diabetes, high blood pressure, and insulin resistance. This is not magic—it’s science, and the antioxidant theory of aging explains how it works. 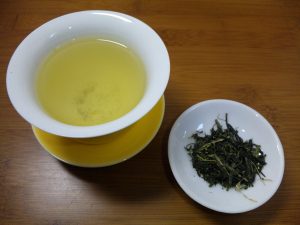 According to this theory, foods and drinks high in antioxidant compounds prevent cancer and improve overall well-being because they destroy highly charged particles known as free radicals. Free radicals, which are highly reactive, damage many of the cells they come into contact with. Some of this damage results in mutations, and some of these mutations can be harmful—even leading to diseases like cancer. So, following this theory, consuming more antioxidants (like those found in green tea) reduces the number of free radicals in the body, which protects body cells from damage, which reduces your risk of suffering from mutations that can result in cancer.

While green tea should not be used as a substitute for chemotherapy, it may help lower your dog’s risk of developing cancer in the first place. However, if your dog already has a cancer diagnosis, consult a veterinarian before giving your dog green tea. Some of the substances in green tea may interfere with conventional cancer treatments, which can render the treatments useless or even harm your dog.

As previously stated, any green tea given to your dog should be completely caffeine free. While humans can safely drink caffeine in moderation, our canine companions have a much lower tolerance for this stimulant than we do, and it is far easier for them to wind up overdosing. Caffeine overdose can do far more than cause anxiety and excessive fidgeting. Caffeine poisoning can result in symptoms like pacing, anxiety, hyperactivity, vomiting, increased heart rate, labored breathing, tremors, fever, irregular heartbeat, seizures, and even coma. In severe cases, caffeine overdose can be fatal. If your dog drinks tea and shows any of these symptoms, get them to the vet immediately.

Though there are many studies that suggest giving green tea may be beneficial to your dog’s health, you should be aware that there are also a few studies suggesting it may be harmful in high doses. One such study gave dogs extremely concentrated doses of green tea polyphenols on an empty stomach, resulting in several deaths. This study is not likely to reflect how your dog would actually drink green tea, but it is something to be aware of. To be on the safe side, it may be best to avoid giving your dog green tea every single day, and to make sure that they have had something to eat first.

In conclusion, decaffeinated green tea is generally recognized as a safe, low-calorie beverage to treat your dog to in moderation. It is high in powerful antioxidants called polyphenols, which destroy the dangerous free radicals that may be responsible for the cell damage that leads to diseases like diabetes and cancer. However, if the green tea in question contains any caffeine, you should avoid sharing with your dog—canines can’t handle nearly as much caffeine as we can.