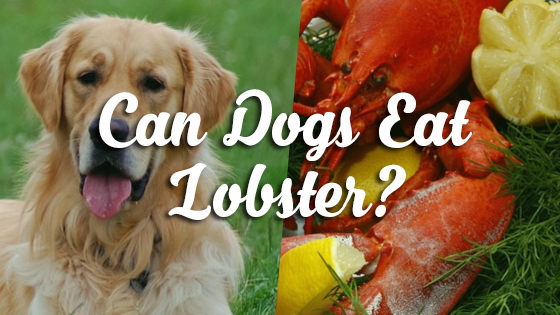 Can I Give My Dog Lobster?

Though most people who eat meat find themselves consuming chicken or beef most of the time dinner rolls around, they are no strangers to seafood. Whereas chicken breasts are common staples, seafood is often used as a celebratory food or a rare treat. This is especially true for lobster, which can be quite expensive compared to other types of meat. People who love lobster tend to savor it the way most of us would enjoy a decadent slice of cake. Because it isn’t covered in massive amounts of frosting, however, it strikes us as a much healthier splurge—and potentially one we could share with our pets.

It’s no secret that our animal companions generally eat food that looks and smells terrible. Even the store-bought ‘treats’ we purchase to vary their diet seem hugely unappetizing, so it’s understandable that we would want to give our pets a taste of decadent human foods every now and then. We probably know that we shouldn’t save a chunk of cake for Fido, but what about the lobster we had as our entrée? Could lobster be a safe and healthy (albeit expensive) way to celebrate a birthday with your dog? Can dogs have lobster?

Technically, yes, dogs can eat lobster, but it isn’t recommended. Seafood is one of the most common canine allergens, which means that some dogs may have strong negative reactions to eating even small portions of lobster meat. If your dog does not have an allergy, eating a few bites fresh, fully cooked, minimally flavored lobster every now and then will most likely not cause any serious or lasting health problems. If your dog eats lobster regularly, however, their health may suffer in the long term. Dogs who are healthy and allergy-free can handle the occasional seafood treat, but those who already have health problems should probably pass on the lobster. 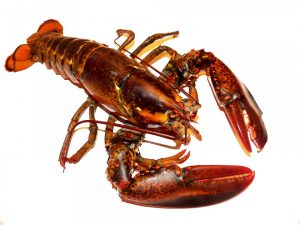 Even if it isn’t an ideal dog food, lobster does offer far more beneficial nutrients than cake. Like most meats, lobster is high in protein, which provides the amino acids your dog needs to maintain a healthy, strong body. Most of your dog’s protein needs should be met by eating protein-rich dog food, but it can also be helpful to include high-protein (rather than high-carb) treats. Dogs whose coats are brittle, dull, or thinning may benefit from consuming slightly more protein. If you think your dog has any health problems, make sure to have a vet check them out before you add any seafood to their diet.

Seafood is often praised for its omega-3 fatty acid content. Omega-3s are beneficial for brain, heart, and nervous system health. These fatty acids may help protect the brain and nervous system as your dog ages. Healthy fats are also thought to help promote skin and coat health. Thanks to the combination of protein and fat, seafood can have a strong positive effect on your dog’s skin and fur. Lobster, however, is quite low in omega-3s compared to many other foods.

If your dog needs a boost of healthy fats, you would be better off searching elsewhere. Though lobster does contain some omega-3s, it is also quite high in saturated fat and cholesterol, which can damage your dog’s health. Eating too much lobster may contribute to high cholesterol, heart disease, and an inflammatory disease called pancreatitis. Pancreatitis, which can be mild or severe, is caused by eating too much fat.

All that fat comes with a lot of calories, too. If you’re not careful to watch your dog’s overall caloric intake, it can be very easy to feed them too much once you start to include foods like lobster. If you treat your dog to seafood too often, they can eventually wind up overweight or obese. Canine obesity is just as dangerous as human obesity—fat dogs are much more likely to suffer from health problems such as insulin resistance, diabetes, arthritis, heart disease, and many forms of cancer. Obesity can cut over a year off your dog’s life, so, if they’re already overweight, avoid giving them high-calorie treats like lobster!

Another thing to look out for: lobster contains large amounts of sodium, which is bad for dogs. Feeding your dog too much salt can cause extreme thirst and electrolyte imbalances, so it is important to proceed with caution.

Lastly, beware shellfish allergies. If you want to give your dog lobster, start out with giving them a small amount of flesh, then wait to see if they suffer any negative effects. Diarrhea and skin rash are the hallmark effects of most food allergies.

In conclusion, lobster is not poisonous, but it generally is not considered healthy for dogs. Though it is high in protein, it is also loaded with cholesterol and fat that can cause weight gain, cardiovascular problems, and pancreatitis. If your dog doesn’t have a shellfish allergy, they can eat small amounts of lobster every now and then, but you shouldn’t make it a habit.