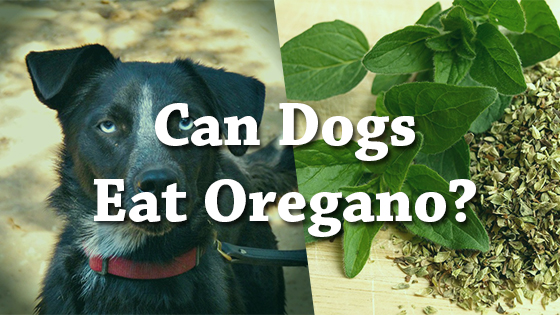 Can I Give Dog Oregano?

Even those of us who grew up eating the standard American diet have fallen in love with the flavor-boosting powers of herbs and spices, and one of the most popular herbs is oregano. Though this herb is most commonly found in Italian-inspired dishes like pizza and pasta, many of us have learned how to use it to flavor meat dishes, roasted vegetables and even our salads. It is not quite a staple, but most Americans encounter oregano with some regularity. For pet owners, this creates a bit of a dilemma. Many of us like to sneak our pets the occasional canine-friendly table scrap, but is this okay to do with our favorite pizza herb?

Can dogs have oregano? 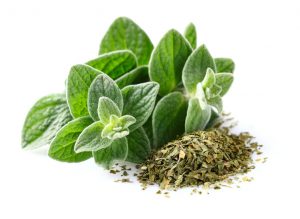 What are the health benefits of oregano? While the role of this herb in the canine diet has not been heavily researched, there is some research on humans and other animals, so it may be possible to extrapolate.

Oregano is often praised for its immunity-boosting properties, which are thanks mostly to the high levels of antioxidants. In fact, one study found that oregano may have over forty times the antioxidant activity of apples. Among these antioxidants is the antioxidant rosmarinic acid, which is among the most powerful. Antioxidants are important not because they meet nutritional needs—your dog’s body is capable of functioning without rosmarinic acid—but because they aid in neutralizing dangerous metabolic waste products called free radicals.

Free radicals are highly charged, highly reactive particles that are formed as a normal result of usual metabolic processes. Eating, breathing, and exercise all create free radicals in the body. There are, however, other factors that can increase the production of free radicals, and many of them go hand in hand with modern day life: unhealthy food, exposure to pesticides, herbicides, cleaning chemicals, and cigarette smoke, and physical and emotional stress. Because our dogs live in our homes and often eat our food, they are exposed to many of the same free radical-creating substances that we are.

Free radicals wreak havoc on the cells in our dogs’ bodies, causing damage that can result in cell death—or in mutations that can eventually result in dangerous diseases like diabetes, cancer, heart disease, and arthritis. In recent years, free radicals have even been implicated in the cognitive decline many of us consider to be a natural part of aging. Antioxidants are important because they destroy free radicals, heading off potentially dangerous diseases and protecting the health of our dogs’ cells.

Some research suggests that oregano also serves as a potent anti-bacterial, anti-fungal, and anti-viral agent. For this reason, some people like to use oregano oil on wounds and sores as a topical antiseptic agent. For minor cuts and sores, apply diluted oregano oil to the affected area. If the wound is large, appears inflamed, or doesn’t heal properly, stop using oregano oil and consult your veterinarian.

Though oregano is mostly useful as a medicinal food, it does contain some nutrition that can provide a little boost in your dog’s diet. Oregano is full of fiber, iron, folate, Vitamin C, Vitamin B6, potassium, and calcium.

This food is generally considered safe for dogs in small amounts, but the ASPCA considers it a gastrointestinal irritant, which means that some dogs may suffer from upset stomach, vomiting, or diarrhea. Whenever you introduce a new food to your dog, start with very small quantities and watch for adverse effects. If your dog gets sick after eating oregano, skip the herbs and find an antioxidant-rich food that is easier on their stomach. Even if your dog struggles with herbs, they can get many of the same benefits from fresh fruits and vegetables.

In conclusion, most sources seem to agree that oregano is safe for dogs when treated as a medicinal food. It is nontoxic and high in antioxidants and anti-inflammatory compounds. If you want to give your dog food containing oregano, however, be mindful of the other ingredients—many foods containing oregano also contain less safe ingredients such as garlic. Oregano is not a good reason to give your dog pizza!