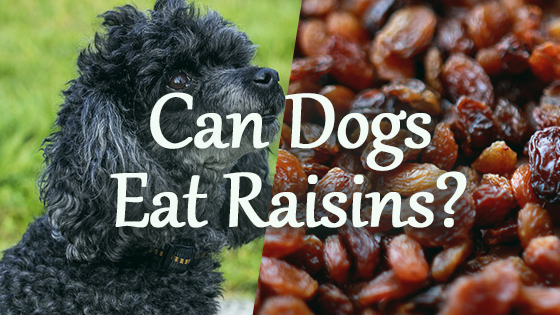 Can I Give My Dog Raisins?

The single most versatile, well-known dried fruit is the humble raisin. While dried apricots, mangoes and papayas are often reserved for capital-H Healthy People, raisins are widely consumed on a regular basis by a large percentage of the population. Whether they are in trail mix, mixed into high-fiber bran cereal, baked into sweet breads, or even eaten alone as a sweet source of quick energy, raisins worm their way into our diet more easily than any other dried fruit variety.

Since they are tasty, portable, and affordable, many pet owners may wonder if raisins make an appropriate treat for their canine companions. After all, your dog seems to share your sweet tooth, and raisins are small enough that they don’t pose any choking hazard. So, can dogs have raisins?

The answer: absolutely not. There are no circumstances under which it is acceptable to feed your dog raisins in any amount—this food is extremely toxic to dogs, and should be avoided at all costs. Do not sneak your dog a handful of raisins as a dietary supplement, or even as a very rare treat. Do not feed your dog any cereals, breads, or fruit products containing raisins. If a couple raisins fall on the floor while you are preparing food, pick them up before your dog has a chance to gobble them up.

Risks of Feeding Your Dog Raisins

While we recognize raisins as a healthy food for humans to eat, there is absolutely no benefit to feeding this food to dogs. Raisins are high in fiber, vitamins, and antioxidants, which are just as good for your dog as they are for you, but the effects of raisin toxicity far outweigh any of the nutrient content. Think of it this way: if someone dipped fresh, organic kale (everyone’s favorite superfood) in bleach, would you consider it healthy? Of course not. 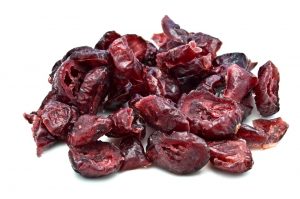 Raisin toxicity is well-known among veterinarians and pet owners—and, as people have become more aware of the correlation between a dogs’ diet and their health/mortality, the number of recorded cases of raisin toxicity has increased. The type of raisin consumed does not seem to make a difference in poisoning risk; all varieties of grapes and raisins should be considered extremely poisonous to dogs. It does not matter if the fruit in question is organic, commercially grown, red, white, or seedless. Every grape/raisin variety is equally toxic, and because they are dehydrated, raisins contain even higher concentrations of poison than grapes.

To prevent poisoning, pet owners should assume that their dog—regardless of size, breed, sex, or age—cannot tolerate any amount of this dangerous dried fruit. Relatively small amounts of raisins can prove life-threatening even for large breeds, so it would be unwise to assume that your dog’s size will protect them from raisins’ harmful effects.

What happens to dogs who eat a toxic dose of raisins? The short answer: kidney failure. Unlike many other ‘unhealthy’ foods, the onset of kidney failure caused by raisin toxicity is usually immediate—even if your dog has no known history of kidney problems, raisins can kill them. As of today, researchers are not sure what it is in raisins that is toxic to dogs, so there is no known method of preparing raisins that would remove the toxic substance.

If your dog accidentally consumes raisins, the best course of action is to contact a veterinarian or a poison control center as soon as possible. If you suspect that your dog has eaten raisins, and they begin behaving oddly, take them to the vet’s office immediately. Symptoms of raisin toxicity are rather general—they are not very different from standard kidney failure symptoms—and can include poor appetite, loss of energy, physical weakness, severe abdominal pain (usually, the area is sore to the touch, and your dog may cry if you touch their stomach), excessive panting, pale gums, lack of urination, dehydration, vomiting, diarrhea, refusal to drink, and other behavioral changes. Kidney failure caused by raisin toxicity, if left untreated, is often fatal.

There is no antidote to raisin poisoning—in treatment, the veterinarian’s goal is to preserve as much kidney function as they can. The vet will most likely induce vomiting, then give your dog activated charcoal to help minimize absorption. Your dog may also receive IV fluids and drugs to aid in the prevention of dehydration. If your dog receives immediate treatment, they generally recover well. However, if your dog has stopped urinating, the damage done to the kidneys is irreversible and life-threatening.

In conclusion, there is no safe way to feed your dog raisins—they should not eat any amount of any type of raisin. Consuming raisins often leads to kidney failure, which is fatal if left untreated. This means that any foods containing raisins, such as breads, cereals or fruit bars, should be strictly off limits for your pooch.