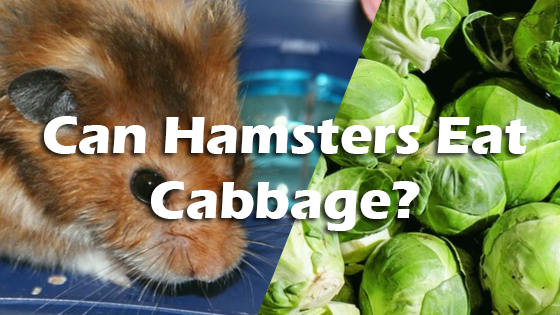 Can Hamsters Have Cabbage?

Cabbage may not be one of the most glamorous or exciting pieces of produce, but it is one of the most widely consumed. This cruciferous vegetable is affordable, mild in flavor, easy to store, nutritious, and easy to prepare, which is why it shows up in our kitchens so frequently. Though we really do not eat cabbage raw without seasoning, we use it in a wide range of recipes. Cabbage makes regular appearances in salads, coleslaws, soups and stews, rolls, sandwiches, and even stir fry dishes. Many Americans have developed the habit of eating corned beef and cabbage to celebrate St. Patrick’s Day.

Because we cook with cabbage but really don’t eat it raw, we often have leftovers. All too often, our soup only requires half a head of cabbage and we are left trying to figure out what to do with the other half. We could, of course, sneak it into salads and sandwiches, but could we use it to supplement our pets’ diets? After all, hamsters seem to love veggies like carrots and broccoli! Could we safely hand our leftovers over to them? Would we be doing them a favor by adding this crunchy vegetable into their diet?

Can you give your hamster cabbage?

The answer is yes, hamsters can eat cabbage in small quantities. Like many other cruciferous vegetables, cabbage seems perfectly safe for pet consumption; it is not at all toxic to hamsters, so there is no risk of toxicity. That means that there is no need to panic if your furry friend has already gobbled up a chunk of cabbage. Even so, cabbage is only recommended as a treat food for most hamsters. As a cruciferous vegetable, cabbage can be quite rough on your pet’s digestive system. If you give them too much, they may suffer from bloating, upset stomach, or diarrhea. So, if your hamster loves cabbage, give them small pieces as treats—and make sure to account for any other gas-causing foods you feed them! 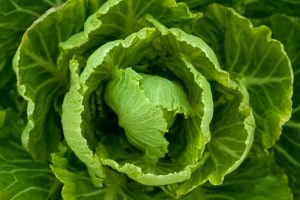 It is not as fashionable as kale or acai berries, but cabbage is still a pretty healthy piece of produce. In one study performed on humans, cabbage was actually one of the foods identified as having the most powerful protective effects against type two diabetes! There has not been much research on hamsters—and your hamster should not be diabetic if you are feeding them well—but it is possible that your pet may be able to enjoy similar protective benefits.

This green leafy vegetable is loaded with vitamins, minerals, antioxidants, and dietary fiber, which, in conjunction with an overall healthy diet may offer some small health benefits to your pet. Cabbage is particularly high in Vitamins K and C. Vitamin K, which is known to play a key role in the blood clotting process (a process that comes in handy when your pet is injured or recovering from surgery), may help support a healthy reproductive system.

Vitamin C, commonly associated with a strong immune system, acts as an antioxidant. Thanks to their relationship with free radicals, antioxidants are some of the best dietary supplements for protecting against diseases both chronic and life-threatening. Free radicals can come from the environment (cigarette smoke, bad food, pesticides, pollution, et cetera), but they also show up as a result of normal, healthy hamster metabolism.

Everything your hamster’s body does, from movement to breathing to digestion, creates free radicals as waste products. Free radicals are not poisonous, per se, but they are extremely unstable—they steal electrons from nearly every particle they touch. Unfortunately, most of those particles happen to be pieces of your hamster’s body cells! When free radicals steal electrons, they can cause genetic mutations that later lead to ailments like arthritis, heart disease, and many forms of cancer.

Free radicals are also believed to be at least partially responsible for the aging process, which is why antioxidant-rich foods may slow the physical and cognitive decline that often sets in when creatures reach their later days. Antioxidants can neutralize free radicals, effectively disarming them. They cannot, however, grant immortality—no amount of produce will give your hamster a fifty-year lifespan!

Antioxidants are great, but raw cabbage should only be given to hamsters as a treat. If your hamster eats more than a small amount of cabbage, they will probably develop painful digestive problems like bloating, stomach pain, and diarrhea. Your hamster should meet most of their nutrient needs by eating high quality hamster mixes formulated specifically for their bodies. If you give your hamster large quantities of fresh produce, it will tear up their digestive system.

In conclusion, raw cabbage is a safe, healthy treat for your hamster, but it is not a suitable food for them to eat regularly. Because cruciferous vegetables are so hard on digestion, most hamsters can only handle small amounts every once in a while. If you want to feed them veggies on a daily basis, find something a little easier on the stomach!