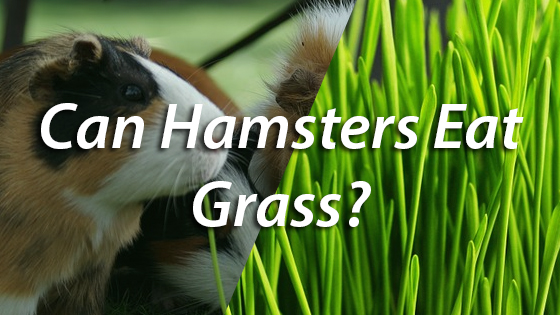 Can Hamsters Have Grass?

We love pets of all shapes and sizes, but it can be difficult to figure out exactly what you should feed your pet—especially if they are anything other than a cat or a dog. While cats and dogs can live on kibble for every meal (and, for treats, they can eat many of the same ‘healthy’ treats that we can), other animals have dietary patterns that do not resemble ours nearly as much. Small animals like hamsters and rabbits can be the hardest to treat. Whereas the family dog is a dedicated omnivore who seems to be able to eat just about anything that could be considered edible (and a few things that we would consider utterly inedible), hamster food looks almost like trail mix. The hamster food sold on store shelves is vegetarian, and many of the ‘small animal treats’ found on store shelves market themselves as suitable both for hamsters and rabbits.

But is it reasonable to give our small animals the same treats even if they are of different species? How similar are rabbits and hamsters, really? Rabbits love to eat mostly hay, but some people give them grass for variety. Grass is great because it’s cheap, but is it safe for hamsters, too?

Can you give your hamster grass?

Technically, yes, hamsters can eat small quantities of grass from time to time, but it would be wise to approach this food with caution—especially when considering what type of grass you want to feed your pet, and where the grass came from. The grass that grows in your front lawn is nontoxic (grass itself isn’t poisonous to people or to pets), but it may be covered in herbicides or pesticides that can cause serious health problems. Grass also should not be given to hamsters in large quantities because it is a nutritionally inadequate food that can cause stomach problems. If your hamster loves to nibble on grass, it’s okay to let them have a couple bites from time to time, but don’t use it as a cheap dietary staple. 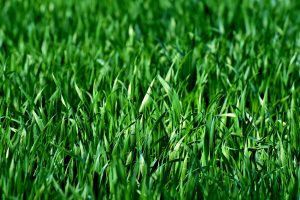 Large grazing herbivores like cows, deer, and horses—as well as tiny grazing herbivores like rabbits— are able to thrive on diets that consist predominantly of grass. For people, hamsters, and many other animals, however, grass is not a useful food source even if it is technically edible. In the wild, hamsters would probably chew on grass from time to time (it is an abundant food, after all), but they would not meet many of their nutritional needs by doing so.

Even though your furry friend should not spend all day chomping on your front lawn, it is possible that they may be able to pull some small benefits from this common yard plant. The biggest benefit associated with feeding your hamster grass is its high fiber content—grass is absolutely loaded with dietary fiber, which can regulate digestion when consumed in moderation. Fibrous foods such as grass add bulk to stool, which stimulates the intestinal tract. This can result in fuller, more regular bowel movements.

Dietary fiber is also one of the best ‘nutrients’ you can increase if you are trying to help your pet lose weight quickly—dietary fiber is the term we use for all of the parts of plant foods that are indigestible. Because your hamster’s body cannot digest much of the cellulose that makes up the structure of grass, it passes through totally undigested. This means that the cellulose (fiber) in grass actually provides zero calories! Fiber is the only zero-calorie ‘nutrient’, and grass is full of it.

Why are fibrous foods like grass such excellent weight loss aids? Because fiber itself is zero calories, foods that are largely made up of fiber can take up a bunch of space in your hamster’s stomach while providing a fraction of the calories for the same volume of a less fibrous food. In sum, your hamster gets to eat just as much food while also taking in fever calories. This allows them to feel satisfied even though they are running at a caloric deficit, which can make weight loss less painful.

Still, even though grass and other fibrous foods may be useful weight loss aids, they are pretty useless in terms of nutrition. Unlike rabbits, hamsters do not have highly developed caecums, which means that most of the nutrition locked inside of grass is unavailable to them. If your hamster eats large amounts of grass, they will almost certainly develop potentially dangerous nutritional deficiencies—grasses and hays are not nutritionally adequate foods for any type of hamster. This includes alfalfa hay, which is often used to feed rabbits.

There are very few potential benefits associated with grass, but there are also several risks. The most immediate danger is contamination. Your front lawn may look pristine, but it may contain trace amounts of dangerous substances, including weed killer, insect spray, and other toxic pollutants. Consuming any of these chemicals can cause serious, even life-threatening, health problems even in fairly small amounts.

Pollutants are not the only concern associated with feeding grass to your hamster. Because hamsters are unable to digest the large amounts of cellulose in grass, eating too much of it can cause severe digestive problems, ranging all the way from upset stomach and diarrhea to blockages and severe constipation. If your hamster has a delicate stomach or has had problems with fiber-rich foods in the past, avoid giving them any grass.

In general, grass is a suitable treat for healthy adult hamsters with strong stomachs. Grass contains trace amounts of certain vitamins and minerals, but the real health benefit comes from its large amounts of indigestible fiber—adding fiber-rich foods into your pet’s diet can help regulate digestion by preventing both constipation and diarrhea. Think twice, however, before pulling grass out of your front yard for your hamster’s meals; your lawn may be covered in pesticides and herbicides. Finally, remember that grass should be treated as a supplement. Feeding your hamster a little bit is safe, but giving it to them in excess will sabotage their digestive system.