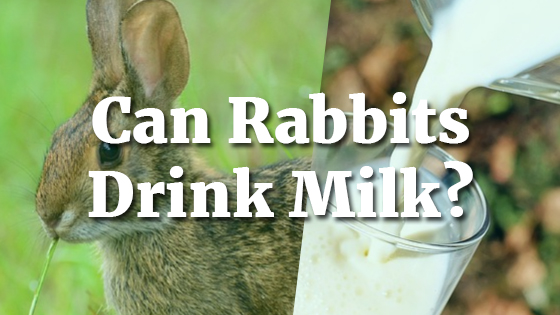 Can I Give My Rabbit Milk?

Most of us grew up feeding our dogs a wide variety of horrific table scraps that they seemed to handle just fine, but when we branch out and start adopting other species of animals, we become anxious. Dogs, after all, are sturdy. Though it may not be great for their health, they seem able to tolerate just about anything we throw at them. Everyone knows you can’t give dogs chocolate. But what on earth are the rules for feeding your new pet rabbit? You know that their diet can’t be limited strictly to carrots. And what can they drink, anyway?

We’ve been told that milk is important for strong bones and teeth. Rabbits are all teeth, so, at first glance, giving them milk may seem like a good idea. But is it?

Can rabbits have milk?

The answer is no, rabbits should not drink milk; actually, they should not consume any products containing dairy. This includes cheese, yogurt, and, yes, ice cream. Cow’s milk is not poisonous to rabbits, per se—your little cottontail is not going to keel over if you give them a sip of your 2% milk—but it is caloric, loaded with fat, and hard for them to digest. If your pet rabbit drinks more than a little bit of cow’s milk on a regular basis, they very well may develop health problems. If you have already let your bunny drink some milk, you don’t need to rush to the vet. Just know that, from a health perspective, it is not a good idea. 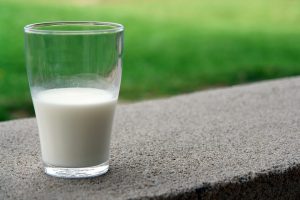 What’s wrong with giving your rabbit a sip of the classical American beverage? Rabbits, like the vast majority of mammals, become almost completely lactose intolerant once they have reached adulthood. To western humans, this seems bizarre, but lactose intolerance is actually a far more common trait in adult mammals than the ability to digest lactose.

One of the defining characteristics of mammals is the fact that they drink milk when they are babies—they live on their mother’s milk and nothing else. As they age, however, they transition to solid foods. Wild rabbits go from drinking their mother’s milk to munching on grasses, fruits, and other plant matter. Once they are weaned, they never have to digest milk again.

Evolution is all about efficiency. If a certain process, body part, or chemical does not increase your chances of survival, it tends to go away (use it or lose it!). The thing required to digest milk is an enzyme called lactase, which breaks down lactose, or milk sugar. Animals who are lactose intolerant, both your adult rabbit and your cousin who can’t eat cheese, struggle to digest dairy because they do not produce enough lactase.

If your rabbit drinks a significant amount of cow’s milk, they are likely to suffer from symptoms of lactose intolerance. These symptoms include indigestion, bloating, and diarrhea. Rabbits are incapable of vomiting, so they may also become lethargic and depressed while they struggle to digest the milk.

It is also worth noting that no rabbit, adult or otherwise, would ever drink cow’s milk. Humans are the only species that regularly consumes the milk of another animal. Rabbit milk has a vastly different nutritional makeup than cow’s milk—cow’s milk is supposed to meet the dietary needs of calves, not kits—so it offers no health benefits. At best, cow’s milk will be a source of empty calories for your bunny. Giving your rabbit liquid calories like milk often leads them to grow overweight or obese, which can cause a wide variety of health problems. Obese rabbits often suffer from liver damage, which his life-threatening.

Some studies even found that rabbits who drank cow’s milk on a regular basis developed lesions. It can also devastate the healthy bacteria in your rabbit’s gut, which can cause digestive and other health problems.

Though all milk is bad for rabbits, your bunny should never even get a taste of chocolate milk. Like cats and dogs, rabbits can’t handle chocolate—it is extremely poisonous to them. If your rabbit ingests a chocolate dairy product, seek veterinary care immediately.

In conclusion, your rabbit should not drink milk. They, and most other adult animals, are incapable of digesting lactose, which will result in diarrhea and other digestive problems. Milk is also full of calories and low in the nutrients that rabbits need to thrive, which can contribute to weight gain. Even baby rabbits should not drink cow’s milk, because it is not formulated to meet their nutritional needs. When it comes to your rabbit’s diet, it’s better to ditch the dairy.