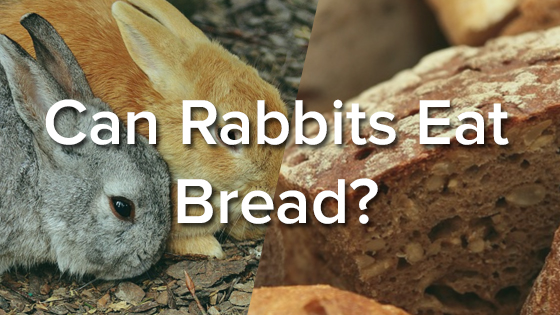 Can Rabbits Have Bread?

There are only a few foods you can find in virtually any American household at any time of the year, but bread is one of those foods. Whether you are a devoted junk food fanatic, a health food nut, a vegan, a gluten-free eater, or simply a follower of the standard American diet, you probably have some sort of bread in your kitchen at all times. Almost all of us eat sandwiches or toast at least semi-regularly. Even when we have food poisoning or the flu, bread remains in our diets. That is why this bland, soft food often seems like a safe treat option for our furry friends.

By now, most of us have figured out that eating sandwich crusts won’t kill our dogs, but what about our smaller, more fragile animal companions? Bunnies eat strange diets of mostly pellets and hay. We know we can’t give them meaty treats, but

can you give your rabbit bread?

The answer: technically, yes, rabbits can eat bread—most types of bread sold in supermarkets do not have ingredients that are toxic to our pets. ‘Nontoxic’ does not, however, mean ‘safe,’ and pet owners who are concerned with keeping their bunnies as healthy as possible should try to avoid giving them bread. If you have already given your beloved bun a corner of your toast, you don’t need to drop everything for a trip to the animal hospital, but it would be wise to avoid sharing this food with them in the future. 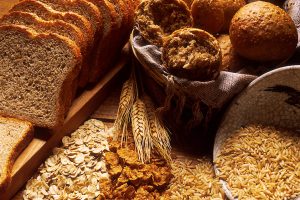 Are there any benefits to feeding your rabbit bread? Well, not really. White bread made from refined flour offers no health benefits for almost any animal—even for humans, who eat it regularly, it is considered junk food. Whole grain breads can be helpful in the human diet because they supply complex carbohydrates as well as moderate amounts of fiber and protein. But, as you may have noticed, there are some major differences between humans and rabbits.

Even whole grain breads fed in moderation are not suitable for rabbits. Rabbits would not consume large amounts of grains in the wild, and they certainly would not eat foods made from flour. Humans, who are omnivores, have evolved to thrive on diets that are full of more calorically dense foods, like starches, nuts, seeds, and fruits. We often assume that herbivores like rabbits can eat the same sort of diet as vegetarian humans. Pet ownership would be far simpler if that were the case, but, in reality, not all herbivorous animals have the same dietary needs.

Even among herbivores, rabbits have unique and fragile digestive systems. Unlike some other plant-eaters, who do well on nuts, fruits, and starches, rabbits have evolved to meet all of their nutritional needs by eating foods that are extremely high in fiber and relatively low in overall energy content. Rabbits have the shortest intestines of any known species—their intestinal tract only makes up 12% of their digestive tract. This is part of why rabbits have difficulty digesting foods that are high in fat or starchy carbohydrates.

Rabbit digestion gets weirder— they actually have a special organ, called the cecum, which exists only for the fermentation and digestion of high-fiber plant matter. This organ produces products called cecotropes, which are actually another type of feces that the rabbit then eats. This process is necessary for meeting several vitamin and mineral needs, and it relies almost wholly on consuming large amounts of fiber.

Bread is low in fiber and high in starchy carbohydrates, which can wreak havoc on rabbit digestion. They lack a lot of the biological equipment required to process starches, so bread is about as useful to them as paste. This low-fiber food can upset the flow of waste through the body, causing reduced gut motility, enteritis, or even obesity. Your rabbit’s body thrives on fiber—it is designed to have to work quite hard for a small amount of calories. High-calorie, low-fiber foods like bread will almost certainly result in weight gain.

If your rabbit’s fecal pellets have changed in shape, texture, or number, it is a sign that something is wrong with their diet. Junk food is often the culprit—though rabbits can’t handle large amounts of fruit, grains, or processed foods, they often love them nearly as much as we do. Unfortunately, rabbits can also become ‘spoiled’ quite easily, and may refuse to eat their usual foods in the hope that you will give them more exciting foods like bread.

In conclusion, bread is not going to poison your rabbit, but it can cause serious health problems if they eat it too frequently. Bread is loaded with calories and starchy carbohydrates, yet relatively low in the fiber that rabbits need to be healthy. If you want to give your rabbit a treat, the safest options are small amounts of high-fiber fruits like berries and apples. Even bananas, which are higher in starch than other fruits, are preferable to bread.