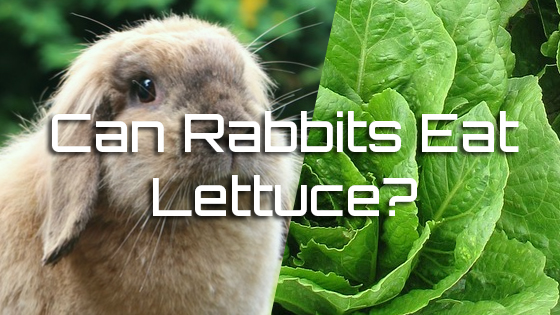 Can Rabbits Have Lettuce?

Modern technology has made feeding our dogs and cats relatively easy—the market is full of perfectly formulated foods that have been tailored to meet our furry friends’ specific dietary needs. When we start trying to feed animal companions who belong to other species, however, we run into problems. There is plenty of reputable information out there pertaining to canine and feline nutrition, but conventional wisdom is sadly lacking when it comes to rabbit nutrition.

Kibble is the default cat and dog food, but when we think of ‘rabbit food,’ the first thing that comes to mind is a salad. Salad seems like the ultimate vegetarian meal—and, since we often have salad fixings sitting in our crispers, these are the foods that wind up in our rabbit’s dish at dinnertime. Lettuce is, of course, the most important ingredient in any salad, but is it safe for our buns?

Can you give your rabbit lettuce?

The answer: technically, yes, rabbits can eat lettuce—most lettuces are considered nontoxic to rabbits and will not likely cause kidney or liver damage. However, not all lettuces are recommended for rabbit consumption, and several are considered harmful. It depends on the type of lettuce. While many varieties of lettuce, such as romaine, butter, or dark leaf lettuces, are considered safe and healthy for rabbits, iceberg and other light colored varieties are best avoided. 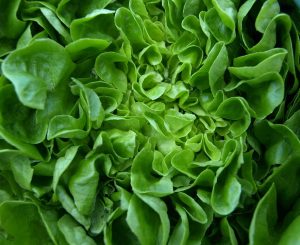 To ensure your rabbit’s safety, and to maximize the nutritional content of their food, opt for dark or red leaf lettuces and omit light colored ones. It is also important to make sure that lettuces of all kinds should make up only a very small part of your rabbit’s diet.

What are the benefits of feeding your rabbit lettuce? Compared to many other foods, lettuce is sadly lacking. Many types of lettuce, especially light colored lettuces, are quite low in key vitamins and minerals. That said, more colorful varieties (such as those found in spring mixes) do contain some nutrition that may be beneficial to your bun.
Dark lettuces often contain moderate amounts of Vitamin C, which can boost the immune system and prevent infection, as well as Vitamin K, which plays an important role in the blood clotting process. Some lettuces also contain potassium, iron, and a mixture of other disease-fighting antioxidants. Antioxidants fight disease by destroying free radicals, which can cause cell damage that results in the mutations that often lead to arthritis, dementia, and even cancer.

Healthier lettuces such as romaine contain moderate amounts of fiber without a lot of sugar, which is important for bunny digestion and weight management. These dark colored lettuces can make excellent treats for rabbits who are bored with their hay but need to follow calorie restricted diets in order to lose weight—they are much lower in sugar and calories than standard rabbit treats (and fresh fruit), and they can provide a welcome break from the large amounts of hay your bun eats on a daily basis.

All that said, there are certainly better foods you could give your rabbit than lettuce. Compared to other leafy vegetables like bok choy, spinach, herbs, beet greens, carrot tops, and even kale, most lettuces are pretty mediocre foods in terms of nutrition.

Lettuce is also known to cause digestive problems if consumed in large quantities. Some varieties of lettuce (especially iceberg and other light colored varieties) contain high amounts of a substance called lactucarium, which can contribute to the formation of soft or runny fecal pellets. Lettuce is also one of the foods that is widely believed to contribute to a life-threatening condition called gastrointestinal stasis.

Rabbits who consume large quantities of lettuce are most certainly at an increased risk of gastrointestinal stasis. Though buns love leafy greens, they cannot live on salad—their diet needs to consist primarily of fresh, quality hay. Replacing a large portion of their hay with lettuces can slow down the flow of food through their body. Eventually, the stomach and the cecum may fail to empty properly, which can cause rabbits to refuse food and water. The ensuing dehydration causes the plant matter sitting in their stomach to become hardened and impacted. If left untreated, their gastrointestinal tract may stop altogether, which can result in a painful death.

If your rabbit develops runny fecal pellets or constipation, stop feeding them lettuce. If they go twelve hours without a bowel movement, if they refuse food and water for an extended period of time, or if they appear to be straining, take them to a vet as soon as possible. Gastrointestinal problems often require professional care.

Overall, it’s probably a better idea to avoid feeding your rabbit lettuce regularly. Certain types of lettuce, such as iceberg, are known to be harmful to our furry friends. If you must give your bun lettuce, opt for darker colored varieties and practice moderation. Lettuce should never become a staple of your rabbit’s diet.

Can Cats Eat Basil?   What Can I Give My Cat for Pain?