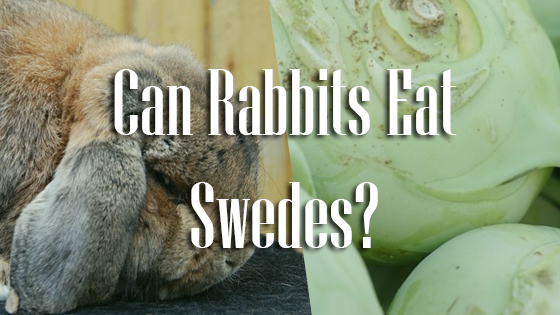 Can Rabbits Have Swedes?

There is not a lot of room for creativity when it comes to nutrition for many of our precious pets. While we occasionally sneak treats to our cats, dogs, and hamsters, we know that these treats do little to actually contribute to their dietary needs—all of the nutrition they require comes from the specially formulated pet foods we feed them on a daily basis. Rabbits are one of the few pets who live on fresh vegetable matter that doesn’t have a long shelf life. Healthy rabbits eat mostly fresh timothy hay, but, to provide variety and a boost of micronutrients, most experts recommend including one or two cups of fresh vegetables as a daily supplement.

Most of us reach for the leafy greens like spinach and kale, but what about heartier root vegetables like swede? Also known as rutabagas, swedes are cousins of turnips and cabbages. They are cruciferous vegetables with a unique flavor, plus versatility and a balance of important micronutrients not present in other, more carb-rich root vegetables. Most rabbit parents know that potatoes are bunny junk food, so swedes seem like a healthier alternative. But is this flavorful vegetable safe for our buns?

Can you give your rabbit swedes?

The answer is yes, rabbits can eat small quantities of swede as an occasional treat. This vegetable is completely nontoxic for rabbits, so, if your furry friend had swallowed a generous helping, there is no need to rush them to the animal hospital. It is unlikely that indulging in a swede binge would poison your bunny. Even so, swedes and other root vegetables are not suitable staples for rabbits due to their high sugar content. Whereas most rabbits can eat leafy greens on a daily basis, they should only eat small amounts of swede a couple times a week. Use swede as a treat for your rabbit after they have eaten their main meals. 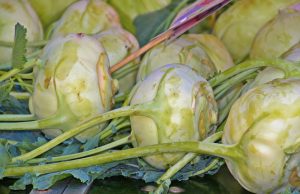 Though they are often prepared much like potatoes (mashed, roasted, baked, etc), swedes are more nutritious than most potatoes. They contain high levels of important micronutrients such as Vitamin K, Vitamin E, Vitamin C, zinc, several B vitamins, magnesium, and potassium. They even have small amounts of iron and calcium.

Some of these nutrients are just as important for our rabbits as they are for us. Vitamin K is required for blood clotting (which is important if your rabbit is injured or recovering from surgery), but it also supports a healthy reproductive system. Vitamin C, which doubles as an antioxidant, supports a healthy immune system and lowers your rabbit’s risk of disease. Vitamin E also aids in blood clotting and immunity, but it plays other important roles in overall health as well—a deficiency in this key vitamin can cause liver problems, reproductive illnesses, irreparable heart damage, and muscle wasting.

Though all of these nutrients are present in swedes, it is unlikely that your rabbit would be able to eat enough swede flesh to gain much in the way of nutrition. If you gave your furry friend a sizable portion of swede on a regular basis, they would develop health problems that would negate any positive effects that would have come from their nutrient content. Vitamin E and the other nutrients present in swedes are important, but there are much better ways to include them in your rabbit’s diet. Foods that are lower in sugar and higher in fiber, such as leafy greens, are much better sources of key micronutrients.

Swedes are better than potatoes because they are higher in micronutrients and slightly lower in sugar, but they still should not be thought of as health food for rabbits. As root vegetables, they are quite high in sugar and calories that can cause serious long-term health problems for your rabbit. Rabbits have evolved to subsist on large quantities of high-fiber, low-calorie food like hay. If they eat calorically dense root vegetables on a regular basis, they are likely to pack on weight and end up overweight or obese, which can cause disease and shorten their lifespan.

Eating too much swede can also cause digestive problems. Because rabbits need a lot of fiber in order to keep food flowing through their gastrointestinal tract, starchy foods can contribute to gastrointestinal motility disorders. If they are left untreated, gastrointestinal stasis may develop, which can be fatal. If your rabbit has been eating starchy foods and you notice changes in their digestion—such as fewer or harder bowel movements—do not give them any more swede. Increase the amount of hay and water that they eat until their problems resolve themselves. If they do not recover, seek veterinary care.

In general, swedes are a healthy treat for rabbits, but they shouldn’t be fed in large quantities. Though they are nontoxic and high in micronutrients, they are also high in sugar and calories that can contribute to long-term health problems.