Everything You Need to Know About Spaying/Neutering Your Cat 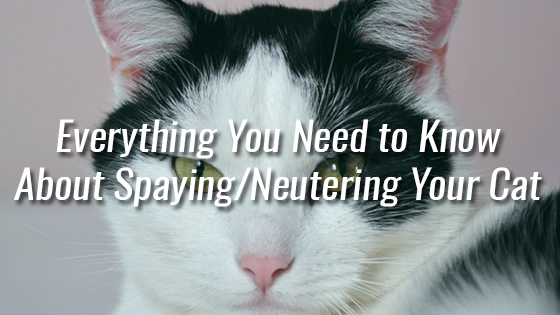 Has your cat been spayed or neutered? You may want to think about it. 91% of male and females cats are spayed or neutered…litter-ally. For a quick reference to fully comprehend that pawsome statistic, spaying is the sterilization of females and castrating is the sterilization of males. In colloquial terms, neutering tends to reference male cats, though technically neutering relates to both sexes. While the removal of the uterus, ovaries, and testicles doesn’t sound that pawsome, there are definite pawsitive aspects of getting your feline friend fixed. There are reasons why 91% of pet cats become desexualized and only 10% of sheltered cats are desexualized. I will begin my article by giving a quick list of pros and cons of spaying a cat, but this article is not one to bring upon the philosophical debate of to fix or not to fix, but rather a look into the process of getting one’s cat treated.

Some pros of spaying or neutering your cat include:

1. Your cat may be more likely to be obese.

When Should You Get a Cat Fixed?

This is an important question. It is only logical for a cat owner to be curious about the best time to get this procedure done. It only makes sense that there would be certain purrks to getting the good deed done at a specific time. The American Veterinary Medical Association supports early spaying and neutering. Once a cat is at least 8 weeks old and 2 pounds, neutering is widely accepted. According to Sandy Eckstein of WebMd, “Cats can go into heat very early. They can have a litter at six months of age, and they can have three litters a year.” Getting a cat spayed earlier will allow owners the capability to not have to deal with a cat in heat. Once a cat is in heat, they will moan, rub themselves on everything, possibly spray, attract outside cats, and constantly play Marvin Gaye albums. Next thing you know, you walk into little Fuzzy getting it on with the one eyed alley cat, who eats out of your garbage in the living room..awkward. Cats are routinely neutered around 4 months of age. Keep in mind, that every cat is unique. Once she goes into her first estrus or heat cycle, she’ll remain in heat for 21 to 30 days, according to the University of California Davis School of Veterinary Medicine. During this time, she won’t be able to have a spay surgery because of the medical risks involved, and you’ll have to wait until she’s out of estrus. Be smart and get your cat fixed to avoid possible conflict.

Cost of Spaying/Neutering Your Cat?

Many people tend to underestimate the cost of owning a pet like a cat. They assume that their potty trained friends will simply just roam around and eat a small diet. Perhaps they have forgotten that their long and short-hairs were once Egyptian Gods and Goddesses. As a result of the pros named above, people should be smart enough to know they will have to cough up hairballs…I mean dough… if they plan on having a kitty with the right cat-titude. This is not to say that costs cannot be modest, if one is willing to do the research.

“While the cost to spay a cat varies, the operation typically runs from $300 to $500 for a female cat and around $200 for a male when it’s done at a private, full-service veterinary practice”, said Cory Smith, spokeswoman for The Humane Society of the United States.”(1) That is a lot of cash money! Would it help if I said that eunuchs were given high political power in Ancient Egypt, as well? Anyway, luckily, since we have super-awesome people fighting for animal rights, there are a series of non-profit spay/neuter services. These services typically cost around $50. “There’s no reason to fear the quality of those services,” Smith said. “All the surgeries are done by licensed veterinarians.” There are even pet insurance plans. Just make sure that Scratchy proves to the IRS that he has insurance by April 15th, or he will have to pay a penalty. “Time to hand over your Friskies, Hairball!.”

Some websites even offer the opportunity to make life easier, by allowing cat owners to enter in their zip code, to find close places that fix your cat cheap! The Humane Society is one resource. Just CLICK HERE. While exploring the website, I found that many places are inexpensive and prices are further cut based on income levels. Don’t worry Billionaires, even you can do if for less than 60 bucks, according to some sites I found. I even found one that does it for free! All it takes is a little research, patience, and motivation to help make the world a better place for the cat world.

Paw-lease think about this stat. There are so many unfurtante events that happen when cats do not have proper homes. Getting one’s cat sterilized can reduce millions of cats from suffering. Make a pawsitive change for our predatory house pets, and make the decision to get your cat fixed right meow. I have given some constructive information about how to attain affordable prices when getting your cat neutered. I have supplied you with adequate information on when to get a cat spayed, and/or neutered, and some possible options of how to find where. Pawsibly, hisssssstory will thank our generation, fur pushing furword, and making supurrior decisions fur cats.

1376 Views 1 Views
Tagged in:cost of neutering your cat, cost of spaying a cat, spaying your cat 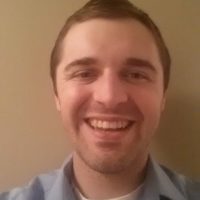